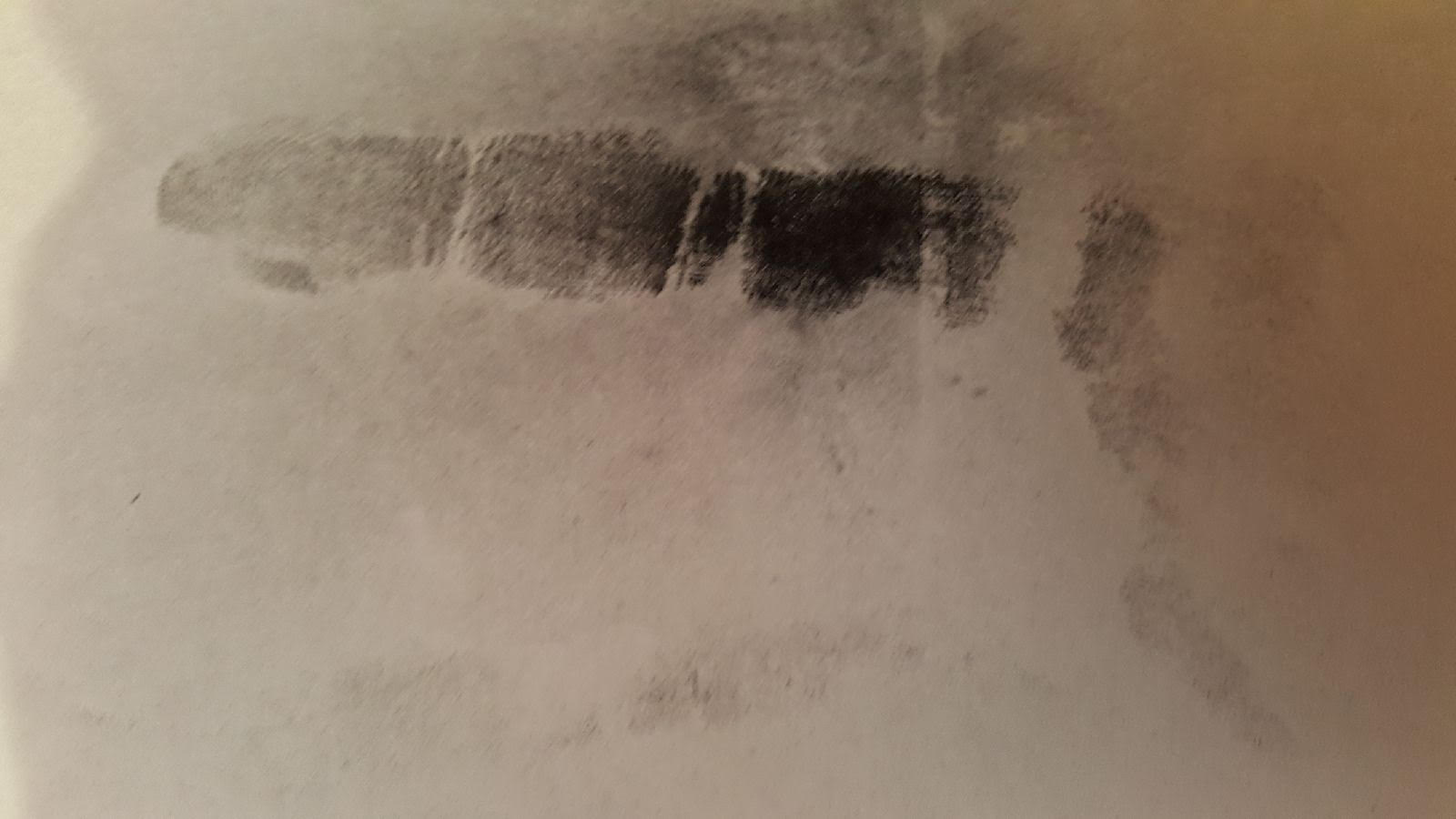 I tend to work in series, in multiples. As with the ongoing Dante Project, I also work with developing processes, producing both art and a record or archive of a developing skill. Language, visual language. Motion. The work in drawing and in audio exists in liminal spaces, in the thin boundaries between drawing and investigation, the thin boundaries between language systems.

The fingerprint images function both as traditional drawings, and as markers of motion; fingerprints stand in for individuality, for identity. The idea that only one person could have made these prints is both useful and reductive. It’s also false. Fingerprints must be interpreted into meaning, and are assigned identity based on what are called points of comparison. These points of comparison are subjective, debatable, and always moving.

So too, these images. I think they work best when they suggest motion, something that has already happened but is still happening. When they suggest, rather than describe. To apprehend a subject is to catch a person, to stop that person from performing an action by taking them into your custody. To apprehend an idea or an image is to understand it, to stop it from shifting in your perception, to catch it through naming and describing, by constructing a narrative. Yes, this. And then this. And then this. 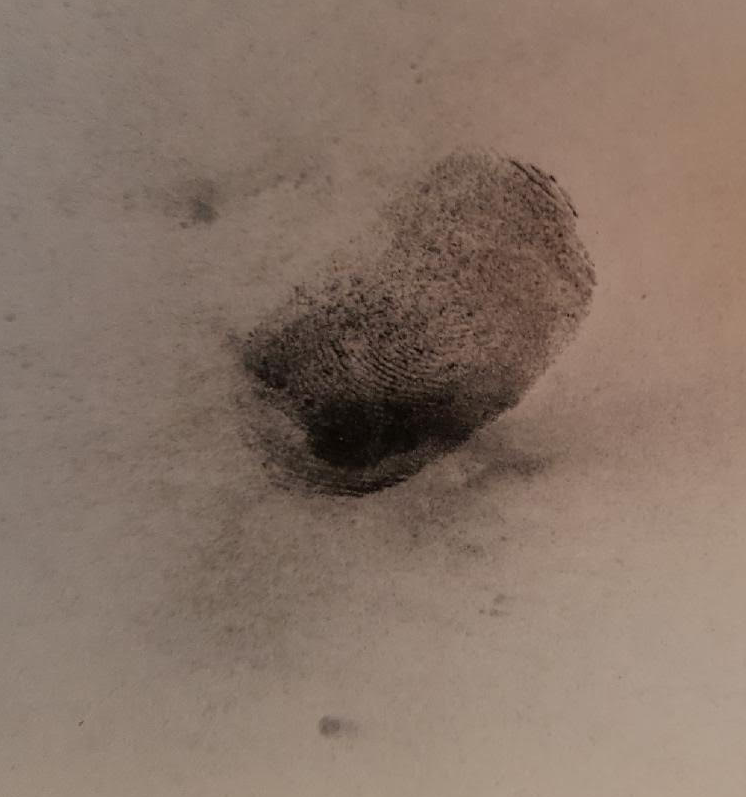 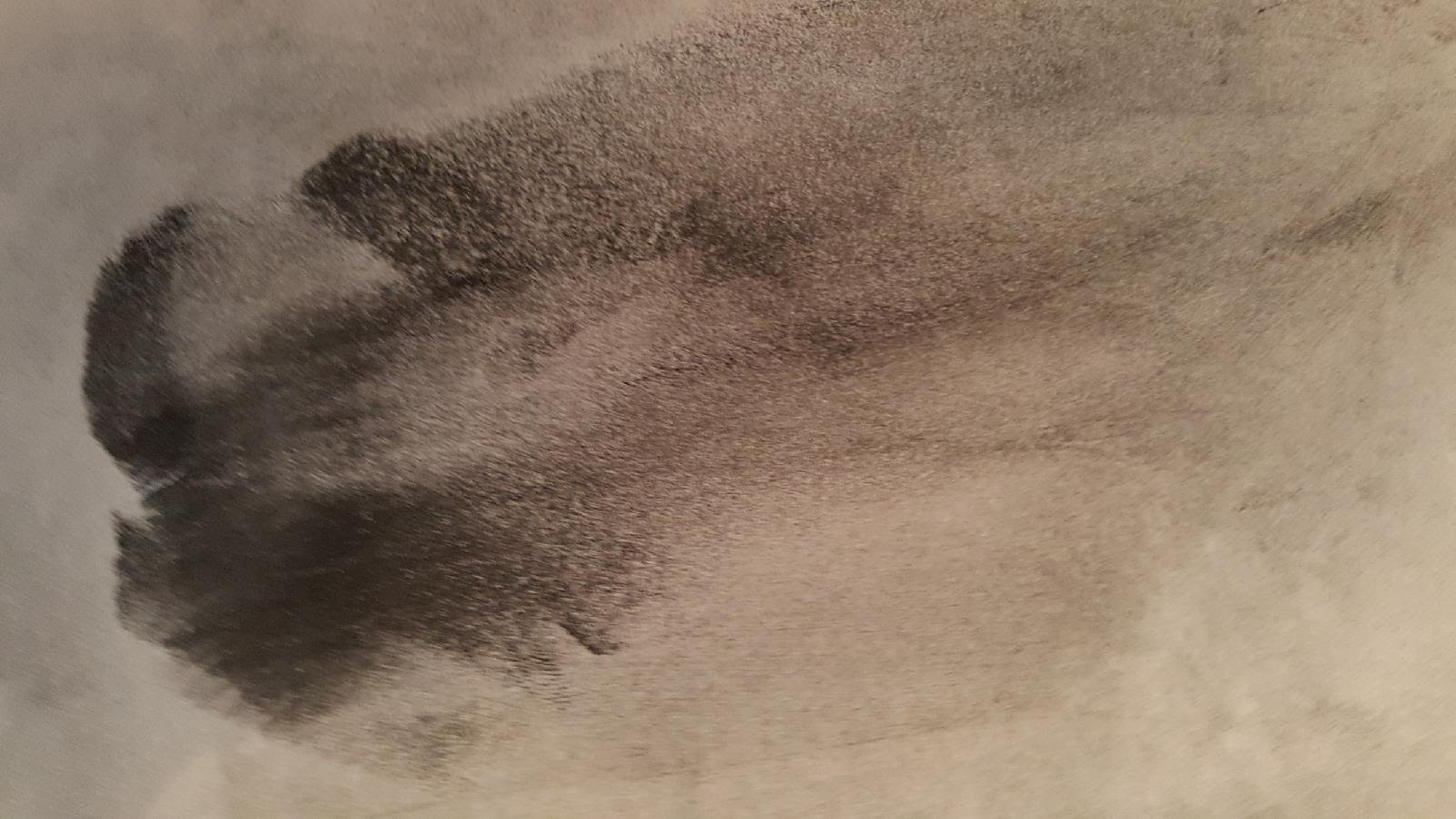 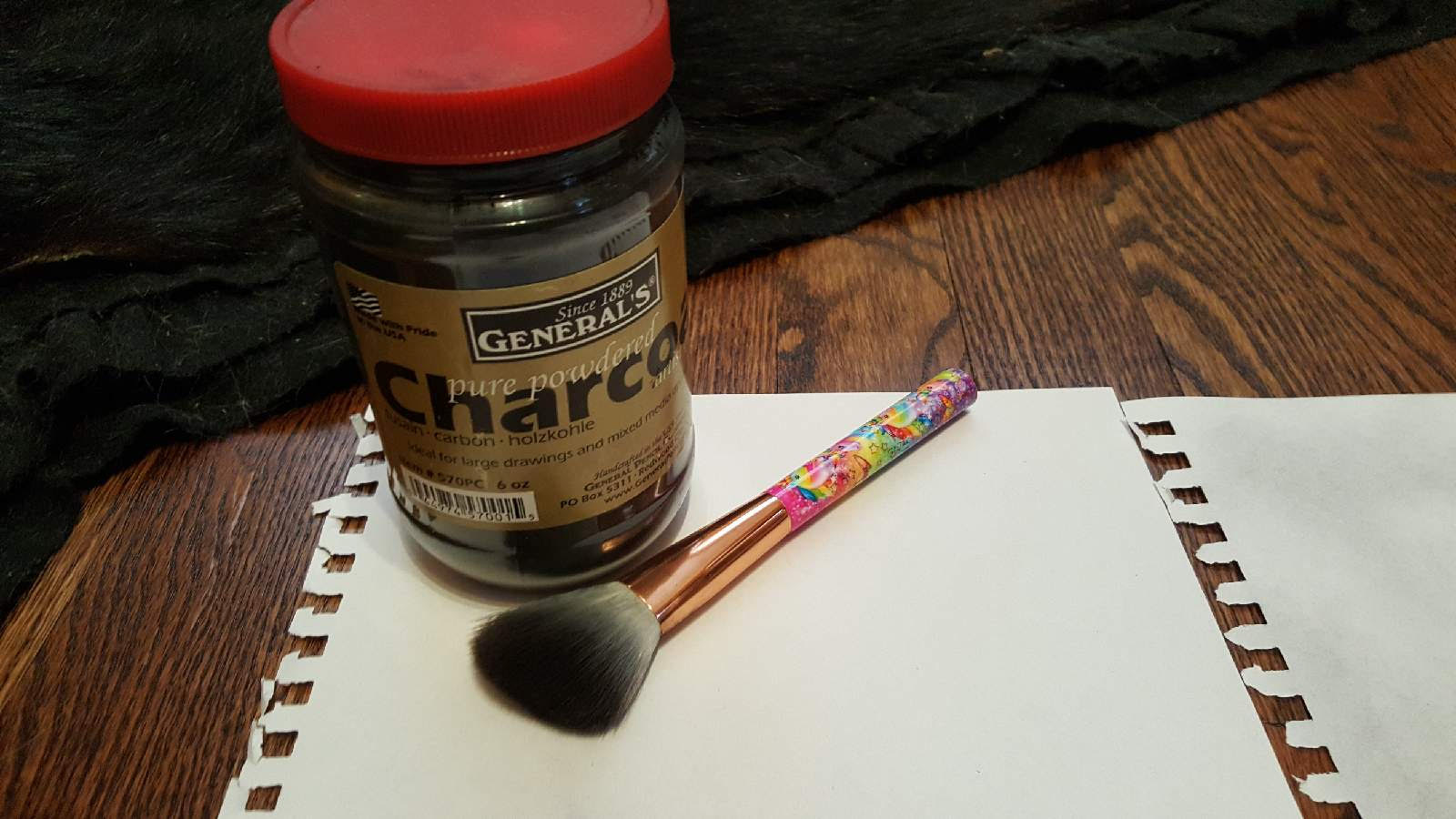 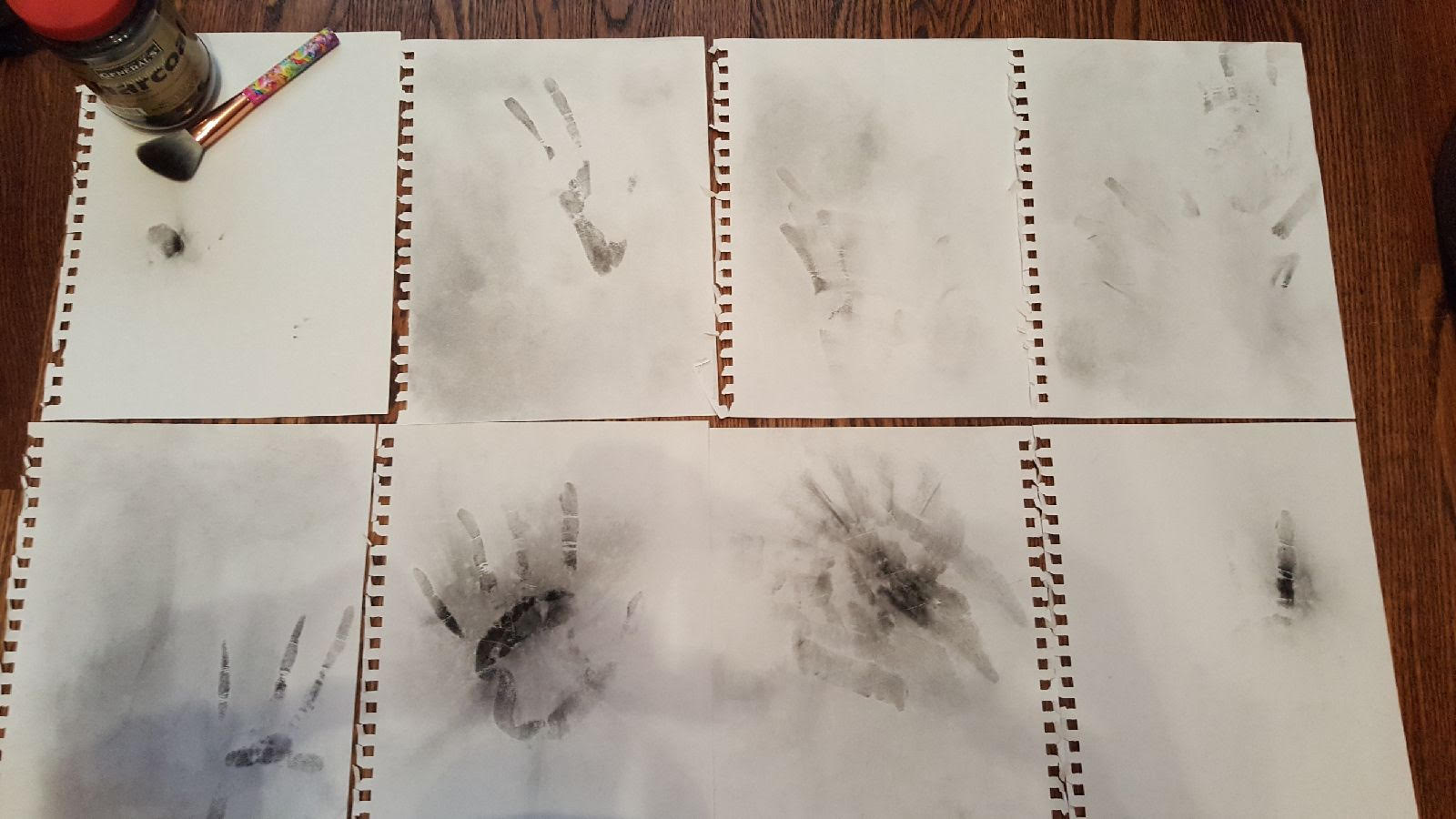 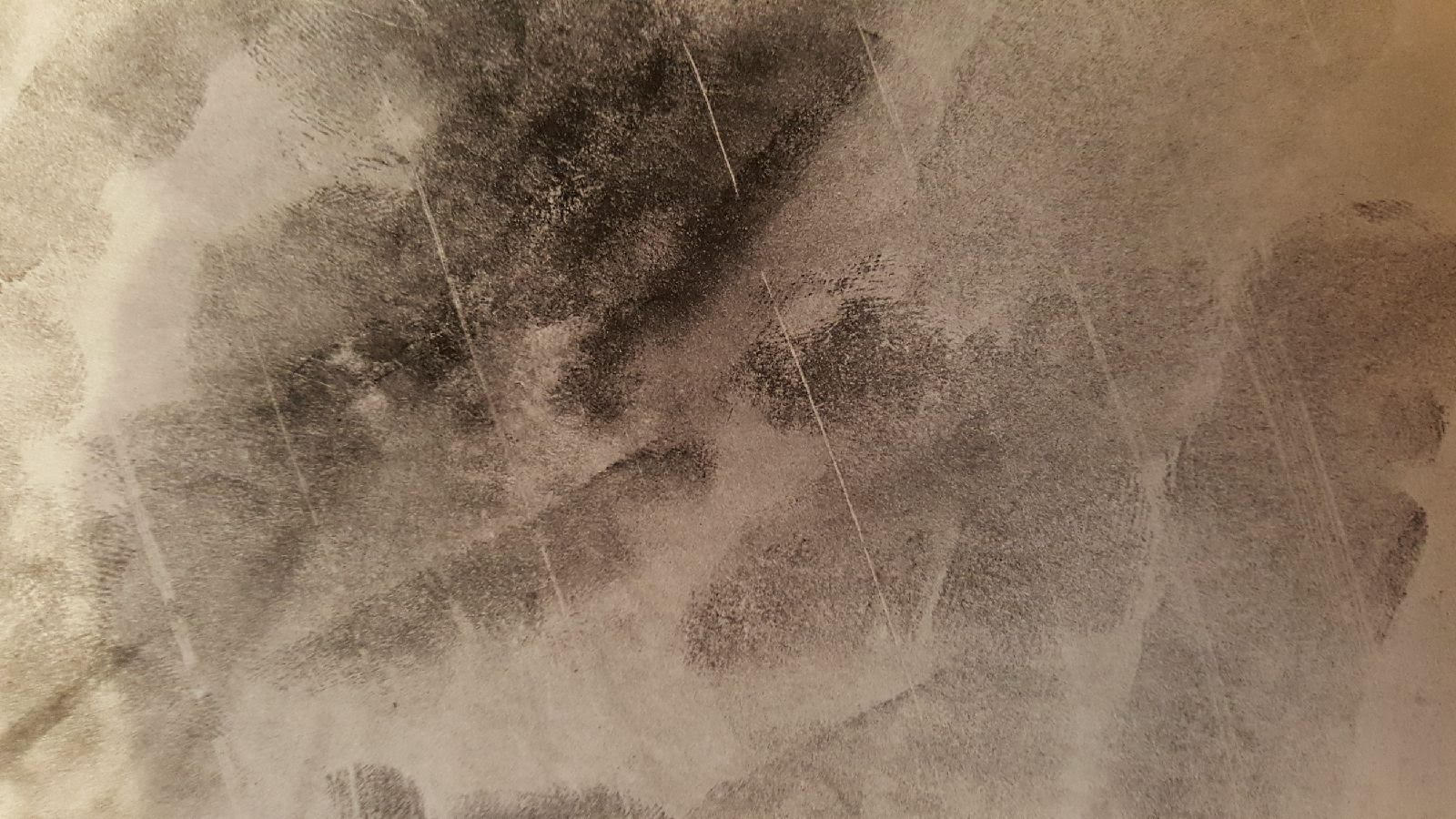